Best Speaker in All Ireland

A second year student from Loreto College Crumlin Road has been awarded the title of “Best Speaker” at the National Final of the Matheson Law Junior Debating National MACE competition which took place in Dublin on Saturday, April 21st. Ekenenna Chukwuewzuie from Inchicore, made it through four preliminary rounds since September and a Leinster Final in March in which she finished 5th out of 80 of the best speakers in the province. This qualified her for the National Final in St. Conleth’sCollege, Ballsbridge on April 21st. 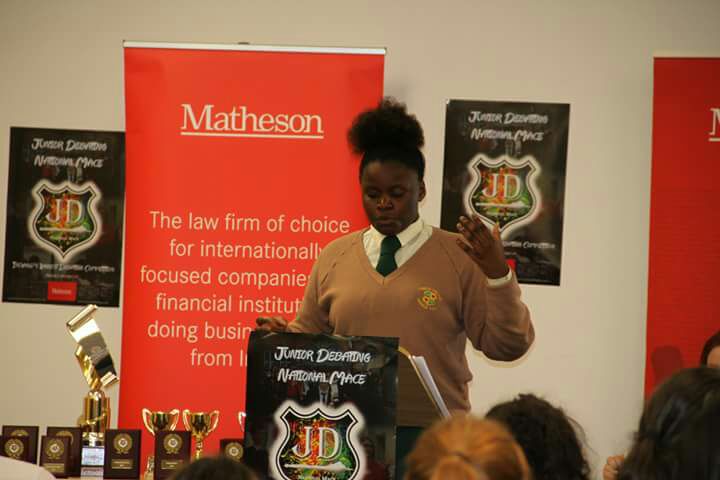 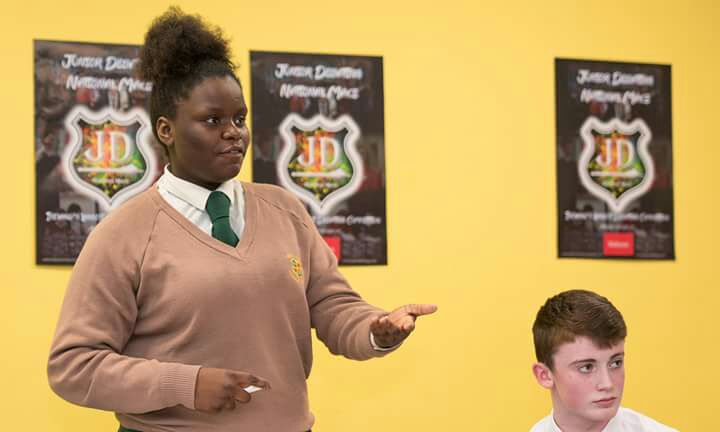 The overall competition, which is open to first, second and third year students from all four provinces of Ireland pitted 500 debaters in the country against each other with the National Final comprising of the very best 80 in the country debating such motions as  “The Irish education system is failing its pupils and This House would make broadcasters give equal air time to both male and female sports. .  Ekenenna impressed the judges so much that she made it through to the grand final comprising of the best eight speakers in the competition.  There she finished fourth with a final score of 240 points, just 6 behind the overall champion.

Ekenenna impressed the judges so much throughout the competition that she was given the very prestigious “Oratory Award” for “Best Speaker” in the entire competition.

This is the first time Loreto College, Crumlin Road, a school with a proud tradition in debating has entered the Junior Debating National Mace  competition and both Ekenenna and her sister Ifunanya (3rd year) performed brilliantly against tough challengers from other schools. Ifunanya also qualified for the Leinster Final alongside her sister.