Loreto College Crumlin Road has raised €620 for Down Syndrome Ireland in a fundraiser organised by our 6th Years.

Holly Gorman, Deputy Head Girl, had placed raising awareness of Down Syndrome amongst the school as a high priority in her role as prefect. She teamed up with Head Girl Chloe Pingol to make a presentation to the school via ZOOM which was live streamed to every class and emailed to all staff and students.

The entire team of Prefects then teamed up with some first year students to collect money for Down Syndrome Ireland. They festooned our school reception with balloons and went around every class, collecting money and handing out sweets. The students and staff generously responded.

The entire school community generously supported, and together we raised €620, also gratefully receiving a donation from Holly’s Aunty. The initiative raised some much needed funds for Down Syndrome Ireland and brought joy and positivity to our school. 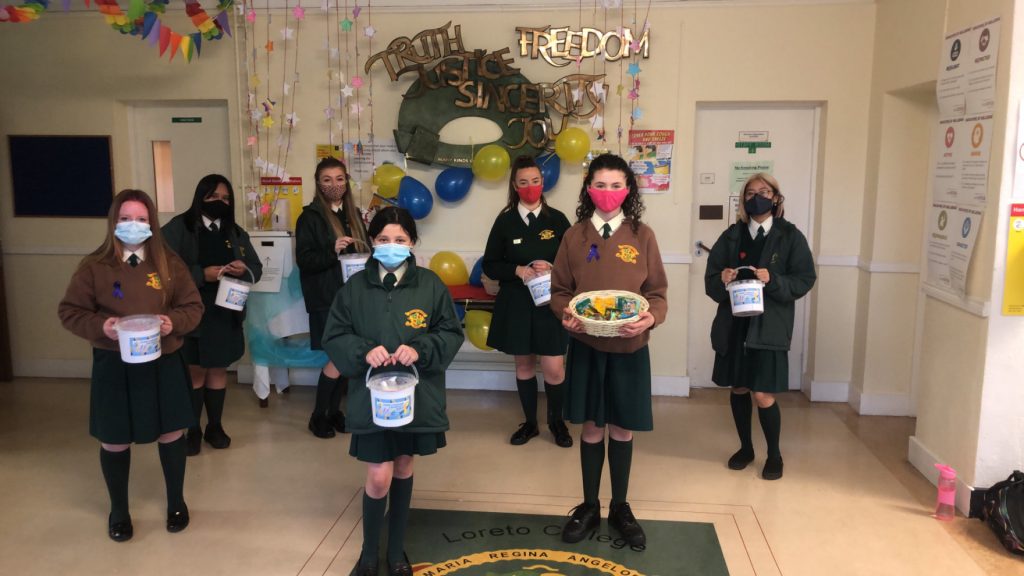