100 Years of the Anglo Irish Treaty

To mark the centenary of the signing of the Anglo-Irish Treaty on 6th December, 1921, senior Leaving Cert history students recreated the fractious debate that took place in the Dáil in the aftermath of its signing.

Mentored by their teachers Ms. Murphy & Ms. Walsh, seven students spoke with passion and knowledge on the treaty, outlining the case ‘for’ and ‘against’ its acceptance by the Irish people. The debate was broadcast live on TEAMS so that all classes could tune in and form their own opinion on the treaty. 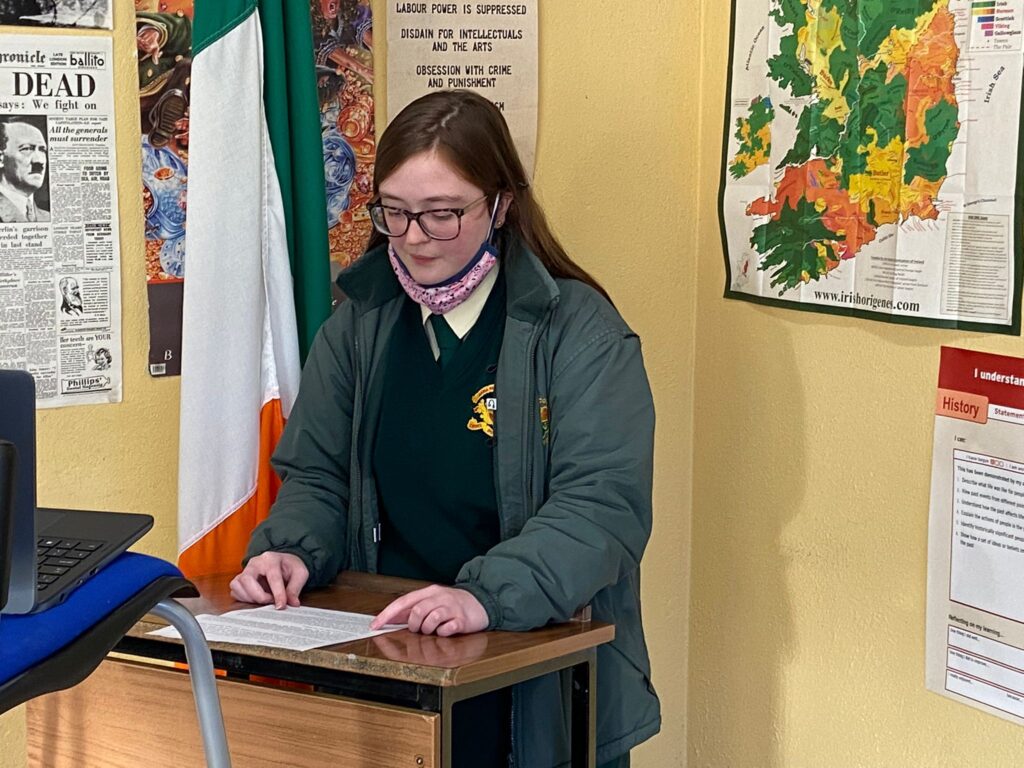 The debate was opened by Molly Dillon, who put the events of 100 years ago in its historical context. She gave a brief history of the conflict between Britain and Ireland, putting the realities of Irish life in 1921 into perspective. 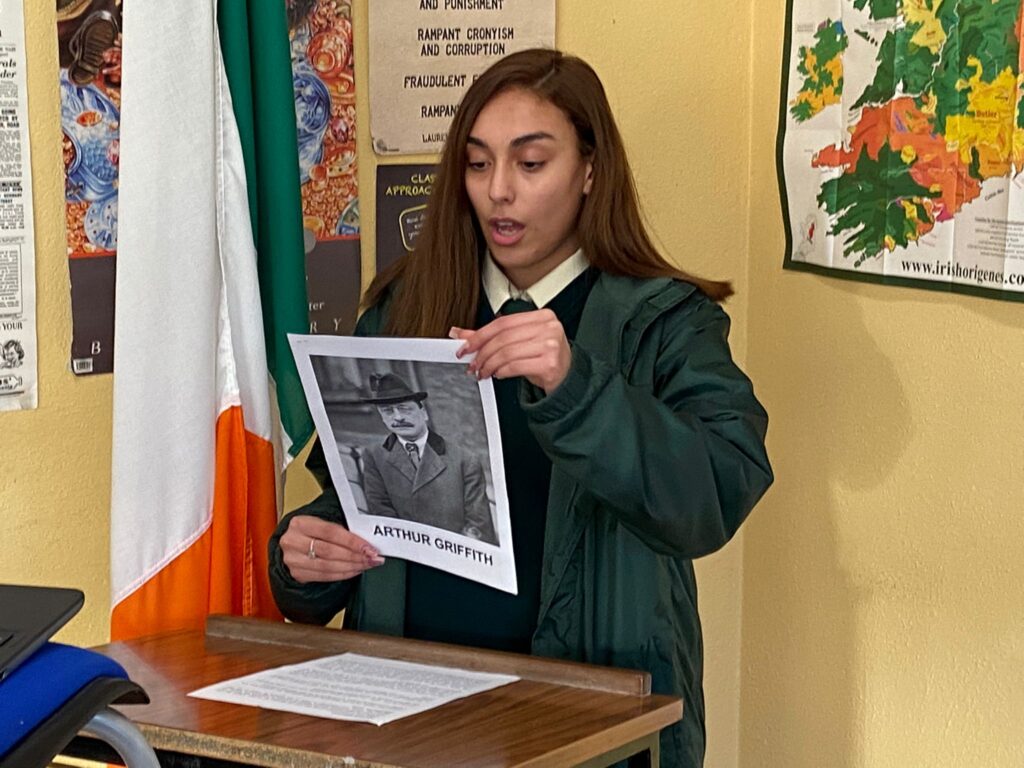 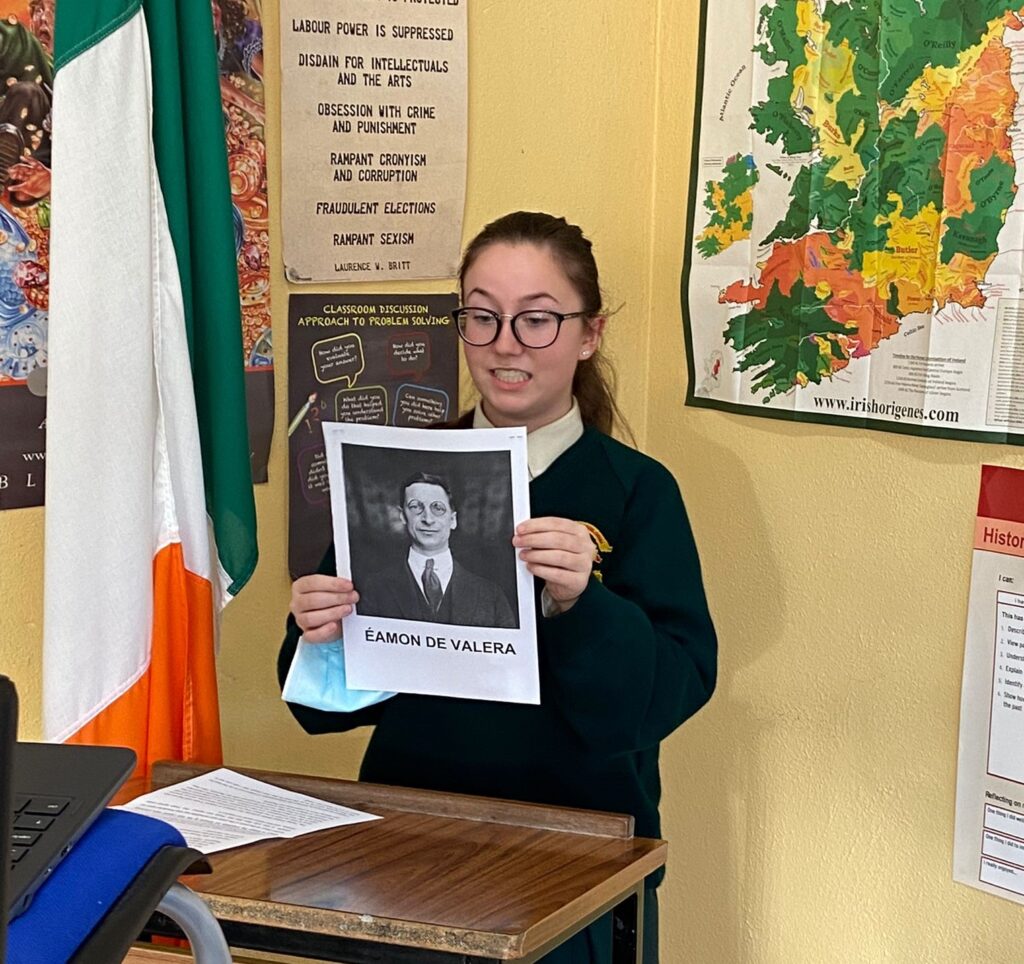 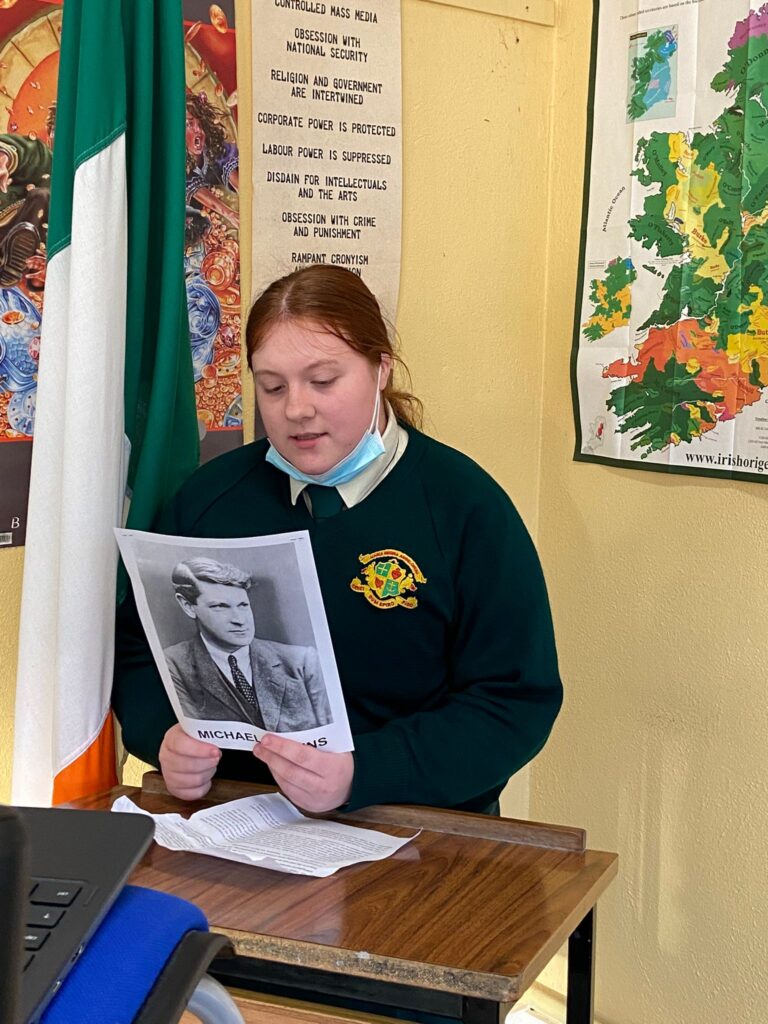 Lena Gouma, Caitlán Hayes, Kelsey Redmond and Siobhán Mooney then spoke, reading from the Dáil speeches of Arthur Griffith, Eamon De Valera, Michael Collins and Austin Stack. Lena and Kelsey spoke for the pro-treaty side, while Caitlán and Siobhán spoke for those who were anti-treaty. The four students brought the energy and words of four great Irish statesmen to life.

Following this, Síofra Kildee Doolan and Erin Hennessy made their case to students as to whether they should vote “for” or “against” the treaty. The two girls spoke with great authority, knowledge and national pride on this most contentious issue. 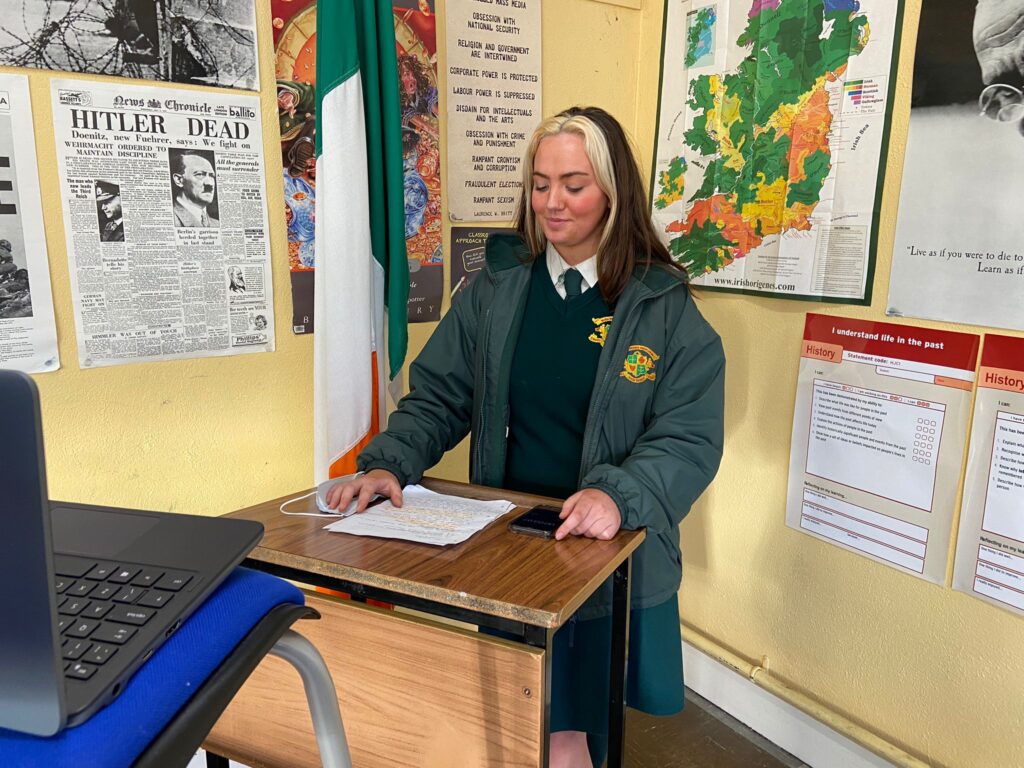 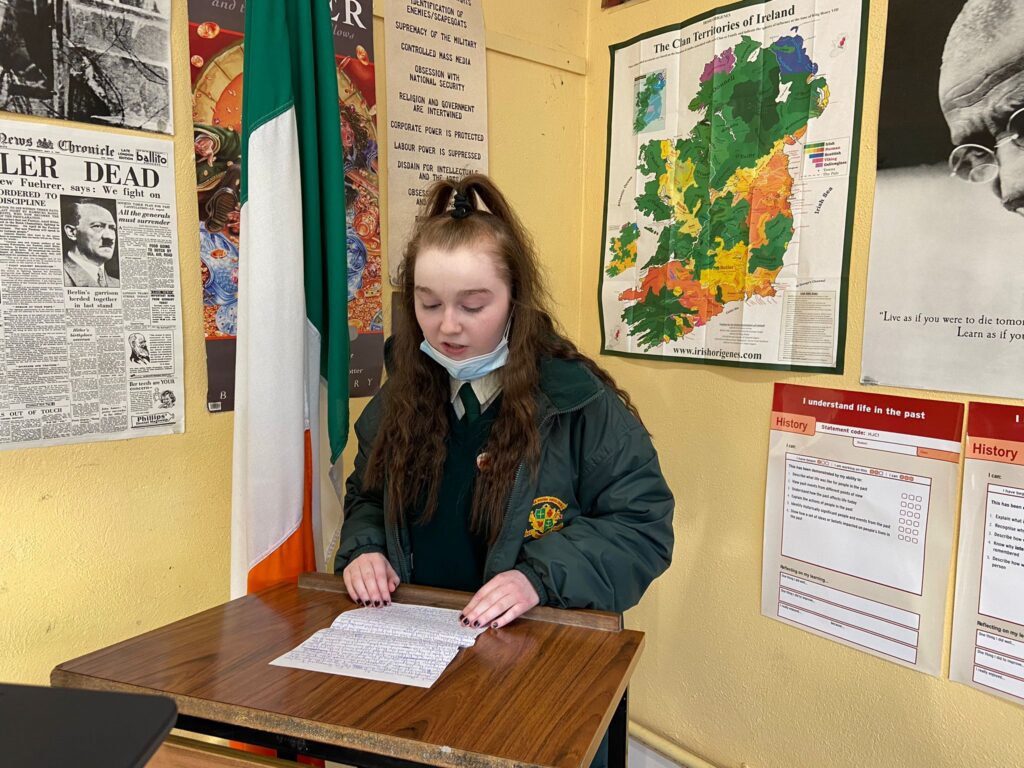 Finally, having heard both sides of the debate, students and teachers were invited to answer the question: “Do you think signing the Anglo-Irish Treaty was the right thing?” The Loreto community voted: Yes 66% – No 34%.